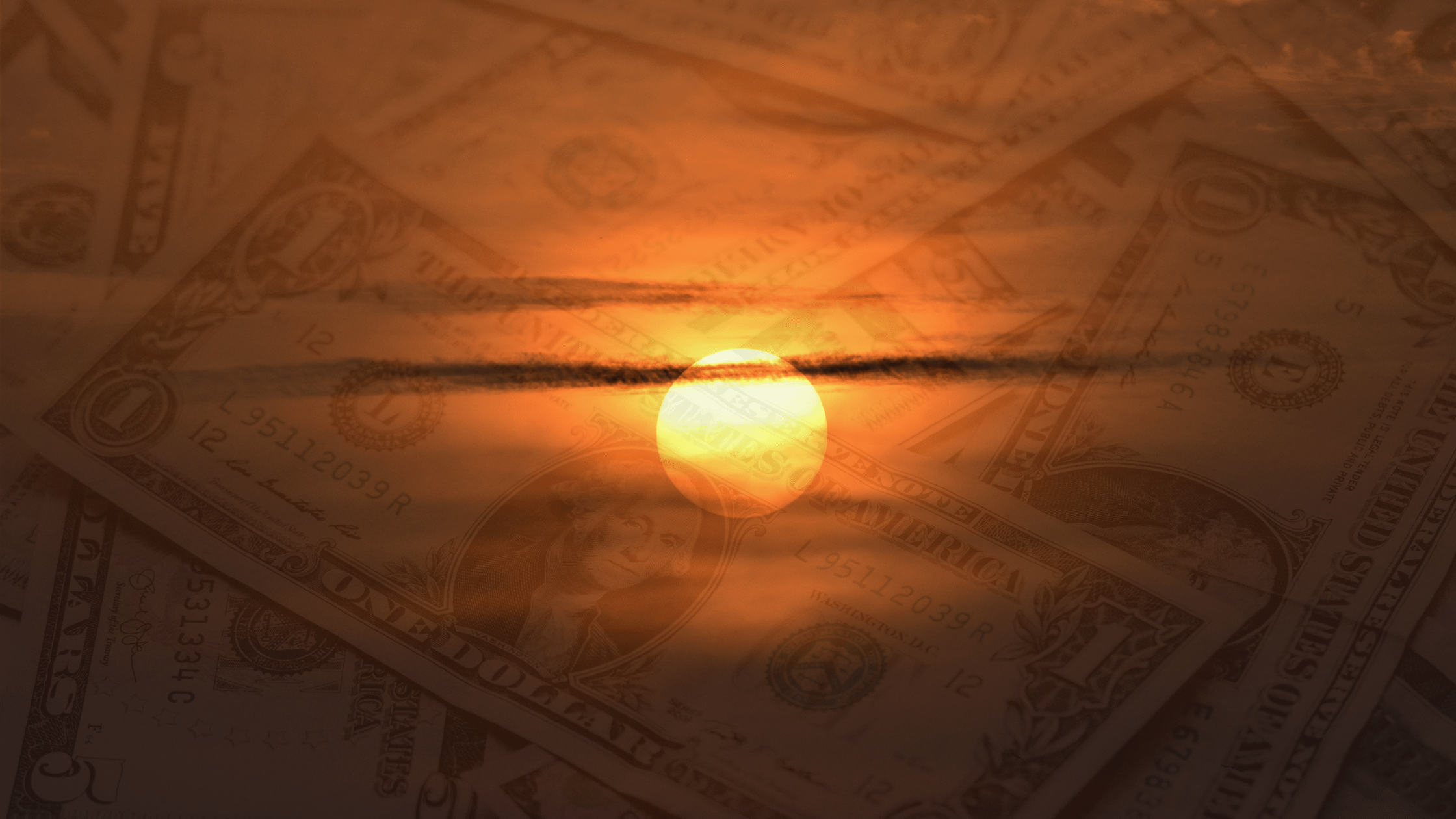 Solar geoengineering research – also discussed as solar radiation management or stratospheric aerosol injection – is often thought of as a futuristic climate emergency measure, or as a tool of the fossil fuel industry to push back energy transitions as much as possible. In this post, we show that solar geoengineering is mostly now supported by interests aligned with technology and financial sectors, and advanced by researchers as a key part of near-term climate policy. This blog is based on a recent paper by the authors, which can be found here, with pdf here: Whose climate intervention? Solar geoengineering, fractions of capital, and hegemonic strategy.

There is a persistent false dichotomy animating the politics of solar geoengineering. On one hand, proponents of research and development argue that solar geoengineering could serve as both a near-term intervention to reduce climate impacts for the most vulnerable, and a way to “buy time” for mitigation, adaptation, and carbon removal to take effect. On the other hand, critics tend to couch solar geoengineering as nothing but a smokescreen to perpetuate fossil fueled business-as-usual. The truth lies somewhere in between (though critics are much closer to the mark). That is, solar geoengineering is not a humanitarian endeavor, nor is it a direct ploy by the fossil fuel industry. It is being advanced – funded, researched, and governed – by institutions and individuals broadly aligned with or connected to Silicon Valley and Wall Street, so-called green capitalists within the technology and financial industries operating under ideologies of philanthrocapitalism (or effective altruism) and ecomodernism. Solar geoengineering is being advanced by these interests as a way to “buy time” for the same staid, gradual, neoliberal climate policies that have failed for decades: market mechanisms, policy tweaks, and technological innovations. There appears to be a faction within climate politics willing to push for extreme, potentially dangerous, likely centuries-long technological interventions to alter the climate system so that we can ultimately change…nothing at all. Or, more accurately, to actively save capitalism from a climate crisis of its own making.

We explore this paradox in a recent paper examining the funding sources, political-economic alignments, and ideologies driving the development of solar geoengineering in the United States. Between 2008 and 2018, total global funding for solar geoengineering remained relatively low, with European governments (e.g. the EU, Germany, and the UK) spending US$ 31.3 million on early research efforts, and private funding (primarily in the U.S.) reaching approximately US$ 20 million in this time frame (growing in the last several years with the expansion of the Harvard Solar Geoengineering Research Program (HSGRP), new federal funding, and recent grants from the NGO SilverLining). We note a marked shift in the geographical center of research beginning in 2016 with the U.S. coming to dominate the field, and with it a proliferation of funding from private, philanthropic, and venture capital sources (Figure 1). This constitutes a shift not just internationally, but within the U.S. solar geoengineering landscape as well. Whereas early political interest in solar geoengineering emanated from climate-denying think tanks and politicians backed by the fossil fuel industry, recent funding and support derives from foundations and individuals with ties to technology and financial firms, many of which have a demonstrated record of environmental philanthropy. Philanthropic funding for solar geoengineering in the U.S. revolves around a core group of seven organizations that have funded two or more solar geoengineering research projects in recent years. Table 1 lists these seven organizations, their key corporate connections, and solar geoengineering initiatives they fund.

To understand the alignment of these organizations with various economic sectors (e.g. industrial, technological, financial, commercial), we trace board-level interlocks with the corporate community – governance-level connectionsformed when corporate directors sit on the boards of multiple organizations. One of the board’s roles is to decide on the broad orientations of a foundation, including the main areas which will receive funds. Hence, in general terms, foundation boards are charged with distributing philanthropic capital.

Data about board members’ interlocks to different economic sectors thus show which sector(s) of the economy solar geoengineering funders are most closely embedded. As shown in Table 2, among the 91 directors of the top seven solar geoengineering funders, we count a total of 62 corporate interlocks: the financial sector comprises 38.7% of the links, the commercial and services sector 24.2% and the high-tech sector 19.4%. Among all corporations, 20 interlocks (32.3%) are to high-tech related firms, including financial or consulting firms providing services specifically to the high-tech sector. A mere five interlocks (8.1%) connect solar geoengineering funders to fossil fuel extractive firms and to carbon-linked sectors such as automotive industries, aviation, steel production and chemical manufacturing (Table 2).

Solar geoengineering funding is thus comprised of a core group of individuals and organizations with multiple ties to corporate power either directly or via their boards of directors, primarily in the financial and technology capital sectors. Among this group, we find at least 11 billionaires or billionaire-founded philanthropies, as well as a slew of wealthy individuals with direct ties to venture capital firms and billionaire-led hedge funds. Solar geoengineering research funding is the province of the financial and high-tech sectors of the corporate elite, which are interrelated to but ultimately distinct from the fossil fuel fraction. Hence, we conceptualize solar geoengineering as a potential strategy for compromise among climate and fossil capital: solar geoengineering is being mobilized by the actors outlined above explicitly to “buy time” for gradual, market-driven climate and energy transitions. This is of obvious financial interest to the fossil fuel industry, but also to the banks and financial institutions that continue to invest in fossil fuel expansion, as well as wealthy individuals and big corporations interested in maintaining the political and economic status quo.

The big picture discussions of funding and economic sectors above can be fleshed out by examining the economic rationales mobilized by leading solar geoengineering researchers as they sell this idea to elite economic and political institutions. As an illustrative example, take a recent paper by David Keith – perhaps the leading solar geoengineering researcher in the world – and his co-author John Deutch. Keith is Director of the Harvard geoengineering program, which, as noted above, is funded largely by billionaire philanthropies and wealthy individuals. Deutch is Institute Professor of Chemistry at MIT, former Director of the CIA, former Deputy Secretary of Defense, has been or is currently on the board of Cheniere Energy, Citigroup, Raytheon, and Schlumburger (an oil services company), and serves as a member of the Council on Foreign Relations, the National Petroleum Council, the Secretary of Energy’s Advisory Board, and the Trilateral Commission. Keith and Deutch’s paper was written for the Aspen Institute’s Economic Strategy Group. The Aspen Institute is an influential economic and foreign policy think tank based in Washington, D.C., with a well-connected board. More specifically, Aspen’s Economic Strategy Group is co-chaired by former Treasury Secretaries, and comprised of CEOs or CFOs from leading financial corporations.

The paper, titled “Climate Policy Enters Four Dimensions,” is the concluding chapter of the Economic Strategy Group’s 2020 book, Securing our Economic Future, wherein Keith and Deutch analyze climate policy as primarily a question of costs. They begin by arguing that the purpose of mitigation is to “lower emissions without reducing economic growth” (p. 267, emphasis added), and adaptation aims to “protect communities, commerce, and environments.” Dealing with climate change cannot threaten economic growth, and adaptation must attend to the needs of commerce equally alongside communities and environments. From this perspective, they argue that decarbonization is best accomplished through the private market, acknowledging that government policy to create market incentives is necessary, but should not venture too far into economic processes in the form of “industrial policy:” “the government record in advancing innovation is mixed; the government does not have the expertise that is necessary to make uncertain investment decisions, and the political system has little tolerance for the failures that inevitably occur with R&D projects” (p. 284). Hence solar geoengineering becomes rational in a situation where the “low-carbon economy will require massive amounts of capital and a very long period of market adjustment until the benefits of decarbonization are realized (p. 269). In this view, while the market figures out how to reduce emissions while expanding growth, we need solar geoengineering as a bridge technology until large-scale carbon dioxide removal (CDR) comes online. In their models “an optimal policy deploys emission reduction early and uses carbon removal at large scale only after emissions have been substantially reduced while [solar geoengineering] is used for an intermediate period while carbon concentrations are high and is then phased out as concentrations are reduced by CDR” (p. 282).

They argue that this engineered-Earth approach has clear economic value. Running various integrated assessment models, they suggest that the added value derived from including solar geoengineering in near-term climate policy ranges between US$ 39 trillion and US$ 58 trillion (p. 283). Given this modelling exercise, they note the following: costs of solar geoengineering appear to be “quite small, with the global annualized costs perhaps under $20 billion per year well into the latter half of the century. By comparison, the damage-reduction benefits could be 100 times this amount. It seems reasonable that the favorable cost-benefit potential of [solar geoengineering] justifies a vigorous public R&D effort …” (p. 287). In other words, these are elite scientists and policymakers connected in various ways to both fossil and climate capital making an argument for the “rational” inclusion of solar geoengineering in current climate policy not as a future emergency measure, as is often assumed – based on narrow goals of economic efficiency and maintaining market-driven growth, presented to leading figures and institutions within the economic and political elite. While many proponents of solar geoengineering frame it as a global humanitarian intervention on behalf of the poor and climate vulnerable, it is being developed through an extremely narrow, deeply ideological lens that caters to dominant interests.

With funding from tech and finance-linked philanthropists, a political-economic logic that pushes management of the climate crisis via interventions into the climate system, rather than the economy (thus avoiding direct economic planning), and policy proposals demonstrating tremendous cost efficiency, the appeal of solar geoengineering to corporations, hegemonic states, and all manner of elites becomes clear. Solar geoengineering is not a humanitarian endeavor: it would constitute a massive, potentially dangerous, likely centuries-long intervention into the climate system in order to maintain the economic system at the root of the crisis.

Kevin Surprise is a Lecturer in Environmental Studies at Mount Holyoke College. He researches the political economy of climate change, with a focus on the politics of solar geoengineering proposals, and serves as co-chair of the Politics of Geoengineering Working Group with the Climate Social Science Network.

J. P. Sapinski is Assistant Professor of Environmental Studies at Université de Moncton, in New Brunswick, Canada. He is interested in how the structures of capitalism and corporate power mediate the social metabolism between human societies and the ecosphere, and how we can transform and decolonize this relationship to make it just and sustainable. He is co-editor, with Holly Jean Buck and Andreas Malm, of Has It Come to This? Promises and Perils of Geoengineering on the Brink (Rutgers University Press, 2020).